Nature Days are over for 2019, but we prepared a slideshow for you from our first ever overnighter for Ladybug Camp and Star Gazing… Click any image to see larger slideshow. 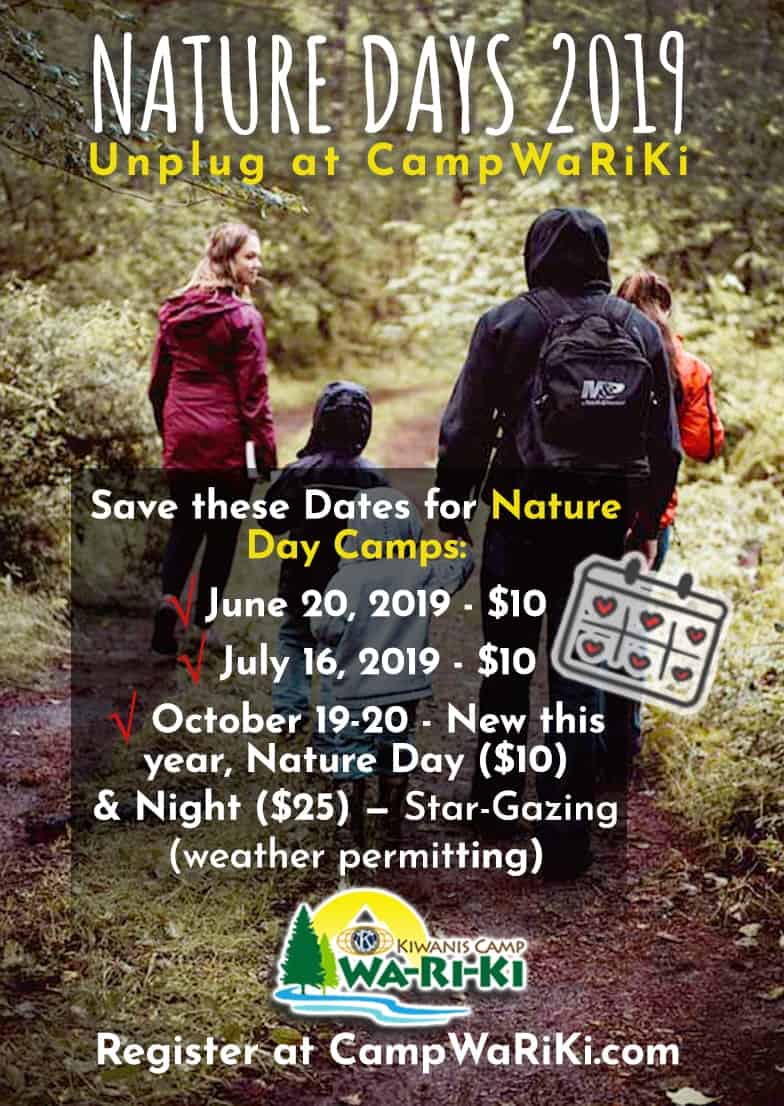 FLYER:  Click on the image above for a printable flyer for your groups and friends.

Our popular Camp Wa-Ri-Ki Nature Days are back this year with a new overnight event so kids and parents can unplug up at scenic Camp Wa-Ri-Ki on the beautiful Washougal River right near Dougan Falls.   The Camp is about 30 minutes north of Portland, Oregon and to the northeast of Washougal, Washington.  Mark your calendars for this year’s schedule:

Stay tuned… we have some new programs in store for 2020!

The new Nature Day and Night event is the brainchild of our new Event Coordinator, Briana Parks.  She has taken her three children up to the Camp for a couple of years and fell in love with it.

There’s a huge “encampment” of ladybugs each year in Fall, and when you pair that with the Orionid Meteor shower, it will make for a memorable time for you and the family in the great outdoors.  The Orionids return every year between Oct. 2 and Nov. 7. At their peak on Oct. 21, you may be able to see 20 to 30 meteors per hour! 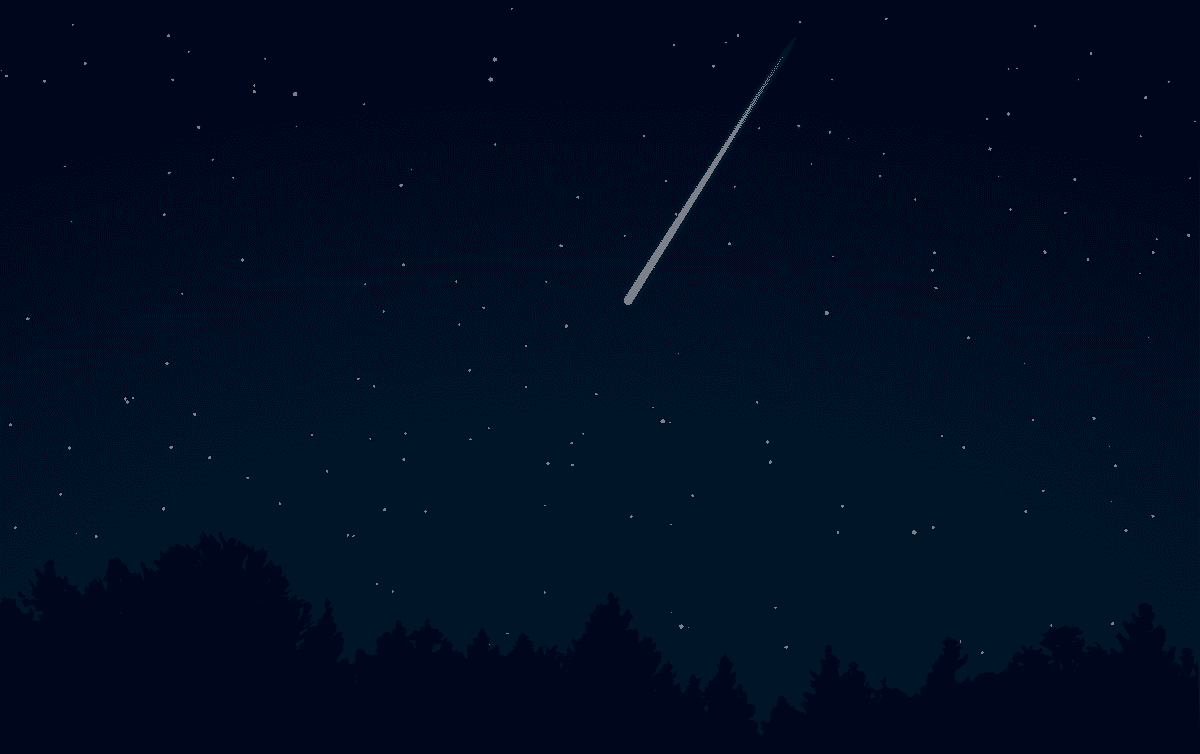 Your family can enjoy the Orionid Meteor Shower at a new Nature Day and Night at Camp Wa-Ri-Ki this year.

A meteor shower is a celestial event in which a number of meteors are observed to radiate, or originate, from one point in the night sky called Radiant. These meteors are caused by streams of cosmic debris called meteoroids entering Earth’s atmosphere at extremely high speeds on parallel trajectories. The Meteor Data Center of the IAUlists over 900 suspected meteor showers of which about 100 are well established. — American Meteor Society

We want to answer any questions you may have about our events so your family can plan and come prepared and enjoy your time in nature! It's about unplugging and reducing stress, so it you have a question you don’t see here please email us at Events@CampWaRiKi.com  or ask us on our Facebook page.

What age are your events best suited for? I have kids ranging in ages and I want to know if they will all have fun?

Our Nature Day and Night events have activities for the entire family. The crafts, stories, educational demos, songs and food is best suited for ages 2+. However we will have available at every station a sensory area for the little ones. We will also have available at lunch some dry cereal and fresh fruit as finger foods for babies/toddlers.

What if I am running late?

Our schedule at camp is pretty tight in order to squeeze all the fun into one day! We allow check in as early as 9:45 and we begin our welcome talk around the campfire area at 10 am. If you are running late, you can find us by the firepit until 10:30. If you arrive after 10:30 please find a volunteer in brown to find out what station you begin at.

Will I have service on my cell phone at the camp?

Most likely not! Once you pass the fish hatchery the cell service is very limited. We really want to limit cell phone usage when at the camp. Unplug at Camp Wa-Ri-Ki!

Is the October Nature Day & Night One Event or Two?

What are your Fees for these events?

For the October dual event (choose Day, Night or both) the fees are:

My child still takes naps, is it ok if I leave early?

Of course! We want you to be comfortable and do what works for your family. If you have a little one who naps and still fits in a carrier, sometimes those are a nice way for them to get a rest on the go. If you have a toddler who can sometimes take a late nap or skip it, that’s always an option too. Sometimes just being outside in the fresh air and in nature, kids tend to be more relaxed and it is easier to manage behaviors.

Are there bathrooms at the camp?

Yes, we have multiple bathrooms available inside our gym and mess hall buildings. These will be open to use. We do ask that you please flush twice to help our older septic system do its work.

Are the activities run on a schedule and does the entire group do it all together? (Wondering if it suits my three and one year olds, or if it's more for older kids?)

We design our events so that all ages can enjoy them, even parents! Our activities do run on a tight schedule in order to fit all the fun into one day. We meet at the firepit area from 10-10:30 am and then the large group is divided into 3 smaller groups. These three groups will rotate through the three stations spending about an hour at each. This allows for a smaller group experience at each learning center. At each station there will be sensory play areas set up if your child of any age is not into the scheduled activity.

What are the Dorms like for the Overnight (and bathrrooms)?

Dorms are now filled for the October 19-20 event.  We have updated and remodeled a number of our dorm bathrooms and showers recently.  For an overview of our facilities, review and download our accommodations and amenities brochure.  The rooms available for this event are the "Counselor's Rooms" upstairs over the dorms.

Is there bus transportation available for 2019 Events?

No, this year we are not offering bus transportation to our events.

Gallery From Past Nature Day Events